Radomir Vasiljević and his Balkan Orchestra

This guitarist from Serbia and his orchestra stage an exciting mix of colourful, ethnic music and virtuoso guitar playing. The performances of Radomir Vasiljević & his Balkan Orchestra strike a balance between a concert for listeners and a Balkan party.

The listener is taken on an exciting musical journey, where nostalgic gipsy ballads and catchy dance songs are presented in a rapid succession. 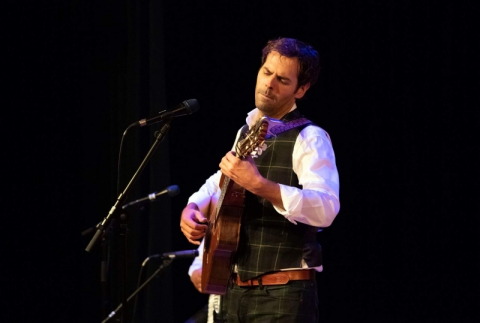 Radomir Vasiljevic studied at the Academy of Music Arts in Belgrade where he finished elementary and master studies. In addition to classical, it is also active in the field of authorial music (Six strings and a piece of wood album) as well as in the field of music characteristic for the countries of the Balkans. More about it on www.radomirvasiljevic.com